In October/November 2006 I travelled to Canada from Australia in the hopes of seeing all 3 Bear species of the great north. The Black Bear, Grizzly Bear and Polar Bear. My timing was planned to coincide before the Grizzlies went into hibernation and just as the Polar Bears were becoming active prior to their long hunting expeditions in the Arctic.

Whilst travelling and hiking around I saw a few Black Bears in the forests of British Columbia and Alberta (including one very close encounter that surprised both the bear and I in a near deserted Waterton Lakes National Park!), but the real highlight was seeing many Grizzly Bears in the Great Bear Rainforest of British Columbia at Bute Inlet on Homalco First Nations land and also at the famous Knight Inlet. From memory I ended up seeing about 18 individual Grizzlies. Along with the Bears I also saw numerous Bald Eagles and every now and then a Deer brave enough to venture into Bear territory.

I travelled from Campbell River and Telegraph Cove in the North of  Vancouver Island with local expedition companies by boat into Bute Inlet and Knight Inlet respectively (they have lodges out in these places but they are very expensive). Then we would set out by vehicle or on foot to viewing areas (in Knight Inlet there are observation towers, in Bute Inlet, back then at least you just stopped where ever a Bear was spotted, but I am sure that for safety reasons this has all changed now).

Seeing my first wild Grizzly in Bute Inlet was so exciting. Nothing compares to seeing a wild animal in it’s own habitat and to see it hunt a huge Salmon right in front of me was an amazing experience!

Also whilst in the forests of Bute Inlet I was on foot with Homalco First Nations guides and we watched as a  female Grizzly walked straight past us along a river searching for Salmon. Such an incredible adrenaline rush! We then watched her chase one through the water and eat it before us.  It was towards the end of the season and I was actually the only person on the tour, which was fantastic as we could keep really quiet and not disturb the bears. Living the documentary dream!

At Knight Inlet it was fascinating to watch these bears stocking up on Salmon in the rivers to fatten their bodies for the Winter, and seeing little bear cubs play under the watchful eye of their mother. The bears were so intent on feasting on the fat Salmon and their roe that they paid very little attention to those of us watching them (just the occasional glance to see what we were up to)! 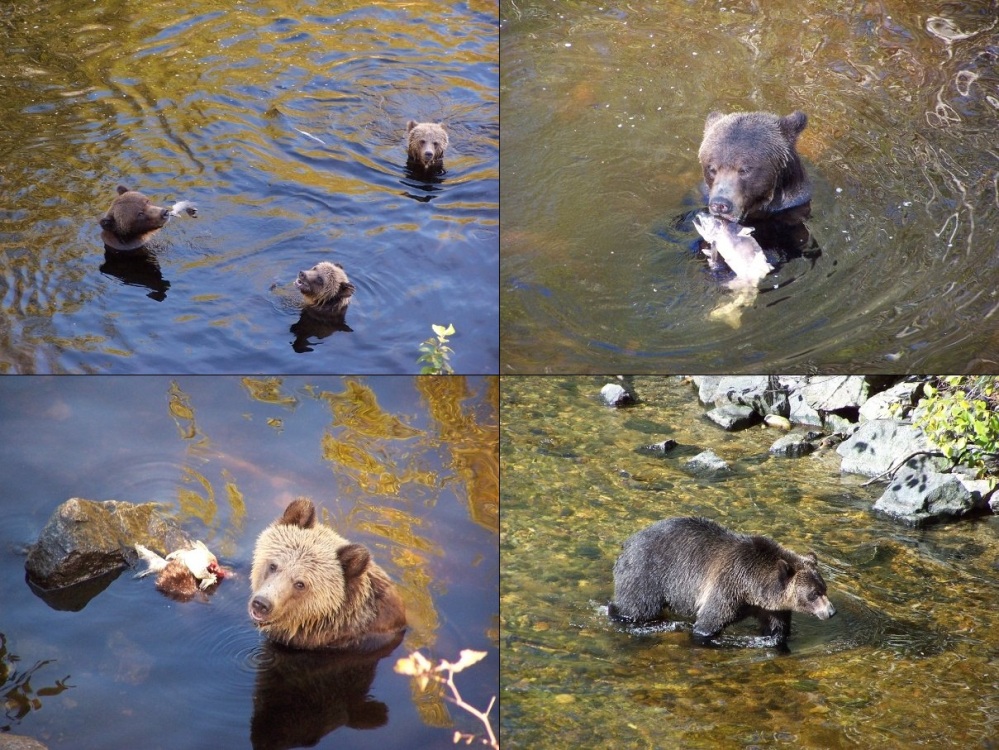 The other interesting thing was seeing the tension amongst the females and cubs when a large male appeared, the mothers and other females would move away but create a defensive barrier, as it is not uncommon for the males to kill the cubs (luckily this never happened while I was there and all returned to calm when he left). I believe they would normally do this so females will go back into heat and want to mate again. In some cases it may also be because the cub is a male of a certain maturity which poses a perceived risk to the males territory. 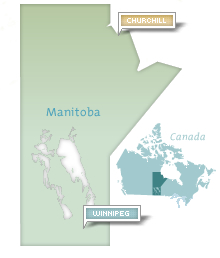 After such an incredible experience I travelled much further East to Churchill, Manitoba (population 1000) on the shores of Hudson Bay to see Polar Bears. This place is really remote and only accessible by train, plane or ship via the bay. My time was short so I got a seat on a charter flight (expensive!) from Winnipeg, Manitoba which avoided the multiple day train journey.

Once you arrive in Churchill, each day involves travel in a huge custom-built “Tundra Buggy” out onto the cold tundra in search of the Great White Bears. The area you traverse was once a military base where the killing of Polar Bears was open game, thankfully this is a practice of the past!

Luckily each day we were rewarded with numerous Polar Bear sightings which was amazing (males, females and cubs). Again from memory I saw around 16 individual Polar Bears over 2 days on the Tundra. Seeing these majestic and endangered beasts was a humbling yet exhilarating experience that I will never forget. 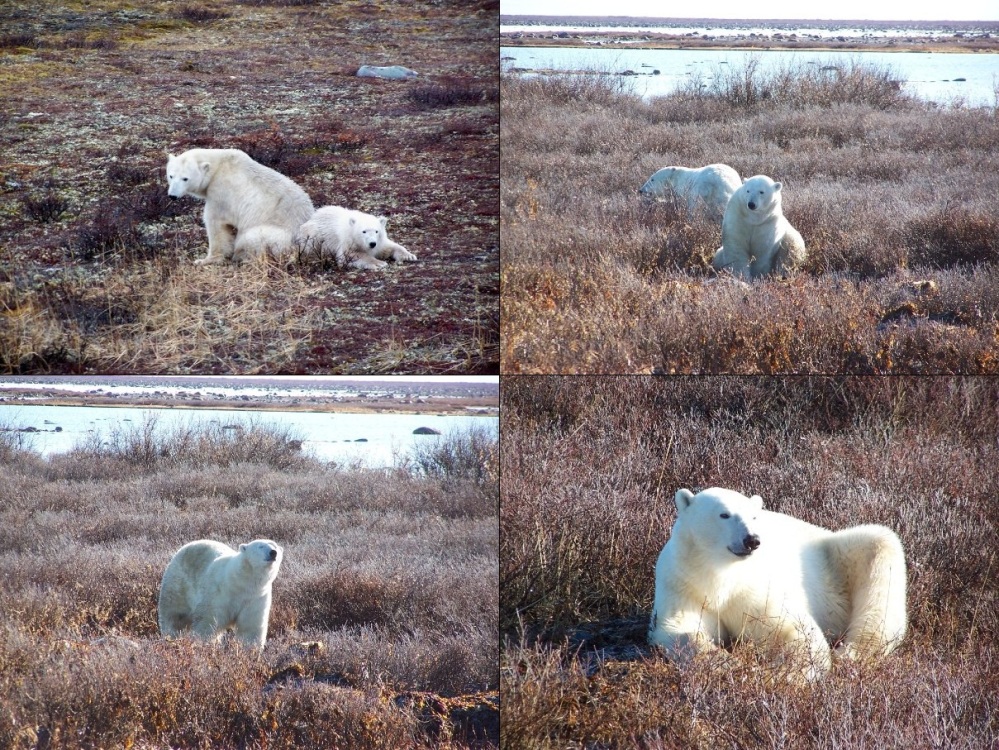 Just being in such a remote place was a fun experience too, when Winter truly hits half the town’s population head South before it hits up to minus 50 degrees celsius (cooooold)! While I was there it was probably only about minus 5 to minus 10 degrees celsius. Cold enough for me! 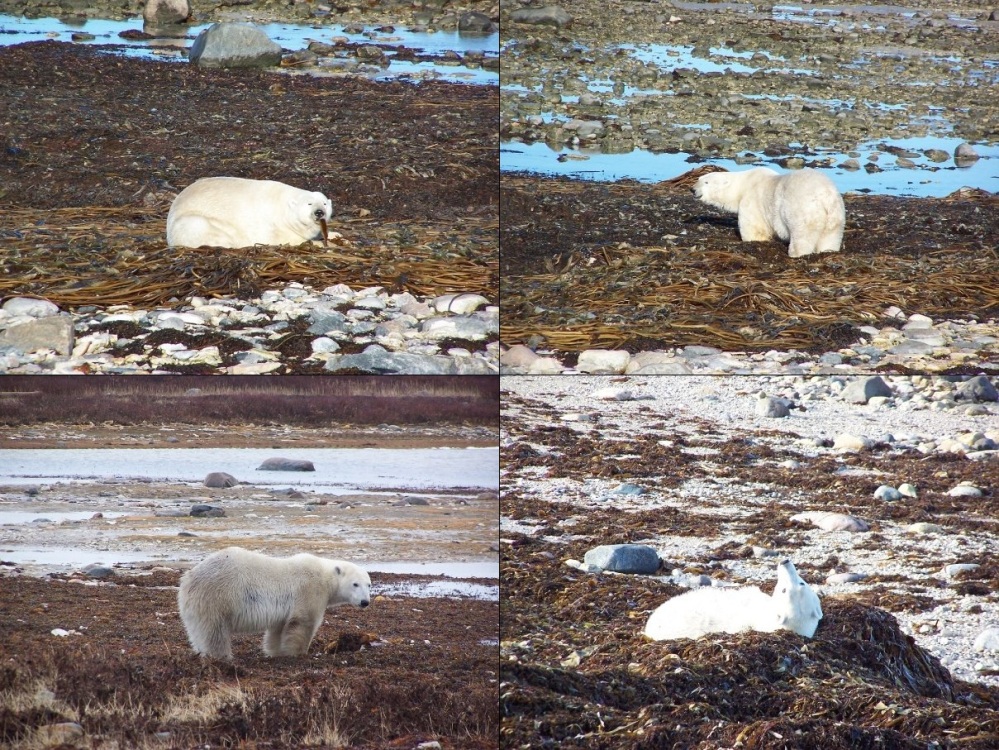 Each night there is a curfew for children in Churchill, signalled by a siren to avoid any encounters with Polar Bears that might wander into town in search of food (Churchill has a special indoor garbage refuse centre where it is processed, so there is not a big dump out there to attract them). For repeat offenders there is a “Bear Jail” out near the airport where captured bears are locked up for a while to deter them from coming back into town, they are then airlifted and dropped off deep in the tundra. Sadly if they continue to come back to the town they are classed as a problem bear and put down (the risk is too great to human life).

When you see these bears they seem so docile, but in reality the Polar Bear is a supreme hunter. They are massive bears, extremely fast and strong. They are capable of smelling Seals beneath the ice and they wait for them to surface through gaps in the ice for air and simply scoop them up with their with huge jaws and claws. If need be they can enter the water and swim for vast distances too. When a Polar Bear is looking at you they pretty much see dinner and are not to be messed with! It was good to be up high in the “Tundra Buggy”! 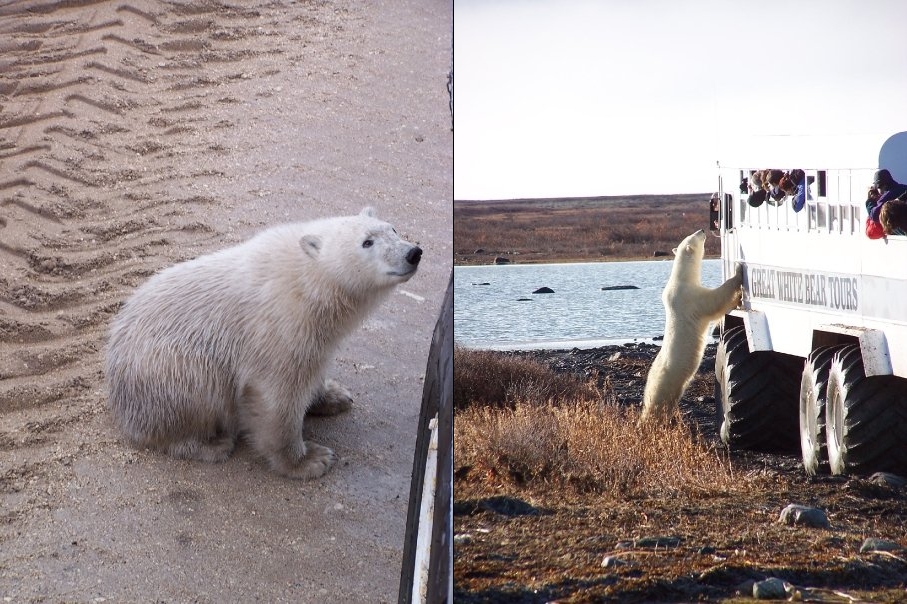 Along with the Polar Bears I was able to see Arctic Fox, Arctic Hare, Snowy Owl and numerous other birds out on the tundra and the shore of the bay. In the summer months Churchill is also a destination for people to see Beluga Whales in the Churchill River Estuary. Apparently up to 3000 of these 3 to 5 metre white whales spend the summer there! That would be pretty impressive to see!

You can also see the Aurora Borealis or Northern Lights from Churchill. I looked out for the lights each night I was there except for one….and of course that was the only night anyone saw them! Oh Well!

All in all this adventure was one of the most expensive I have ever taken. The tours and transport were by no means cheap but the experience and the sense of satisfaction in seeing these magnificent creatures in the wild made it worth every dollar. I rate this as one of the greatest journeys I have ever taken and I hope to go back there again some day.

This site uses Akismet to reduce spam. Learn how your comment data is processed.